COME-ON is an interdisciplinary research project that explores online hate speech against a person based on their gender. The project aims at analysing gender-based hate speech from an intersectional perspective, in order to gain a deeper understanding of this phenomenon, to create new knowledge and propose social and legal measures.

Digital platforms provide spaces for a multitude of new possibilities for interaction and personal, social and cultural expressions. However, the global, immediate and participatory nature of these forms of interaction have made online spaces a breeding ground for the expression of exclusionary, and intolerant discourses (Kopytowska and Chilton, 2018), with attacks reaching targets anytime and anywhere, through mobile internet access (European Women’s Lobby, 2017).

Whilst online hate speech and violence have become the focus of much academic and media debate, this has tended to be discussed as gender-neutral (Jane, 2014). Such a lack of gender focus not only distorts the broad perception of the phenomenon, but actually overlooks the fact that most hate speech targets, to a higher degree, women and girls (UN Broadband Commission, 2015) as well as LGBT people (Citron, 2009). According to a recent study conducted by Amnesty International 23% of women between 18 and 55 surveyed across nine countries had experienced online abuse or harassment at least once, with 58% of these reporting that the online abuse or harassment had included racism, sexism, homophobia or transphobia.

Such abuse against women can “chill and disrupt the online participation of women journalists, activists, human rights defenders, artists and other public figures and private persons”. Thus, this specific type of abuse contributes to silencing and scaring women from participating in digital spaces (Jane 2017) and from contributing to public and political debate. This form of intimidation is often articulated towards particular persons, frequently those speaking up on issues such as feminism or anti-racism (Lewis, 2017; Megarry, 2014; Jane, 2014; 2016; 2017).  Furthermore, online hate speech has significant repercussions across the day-to-day experiences of those targeted, with social, psychological, professional, financial and political consequences. Thus there is a risk that the victims start withdrawing from public life (Citron, 2014; Jane, 2017), leading to reduced diversification of the voices that speak up.

Hate speech is defined in EU law as the public incitement to violence or hatred on the basis of certain characteristics, including race, colour, religion, descent and national or ethnic origin. While the EU Framework Decision on combating racism and xenophobia covers only racist and xenophobic speech, there is agreement that the list should be read as open-ended and most Member States have extended their national laws to other grounds such as sexual orientation, gender identity and disability. The European Commission against Racism and Intolerance (ECRI) also explicitly refers to sex, gender and gender identity in their General Policy Recommendation Nº 15 on combating hate speech, also including intersectionality, stating that they are “conscious of the particular problem and gravity of hate speech targeting women both on account of their sex, gender and/or gender identity and when this is coupled with one or more of their other characteristics” (ECRI, 2016).

Hostility and hate speech are complex social, cultural and psychological phenomena (KhosraviNik and Esposito 2018), which can be defined as spreading two types of parallel messages. One is directed to the targeted group, aiming to dehumanise and diminish them, attacking the very core of human dignity (Waldron, 2012). The other message targets those with similar views, reinforcing a sense of a group as opposed to and threatened by “the other” whilst uniting this group of like-minded persons. In this sense, hate speech both divides and unites at the same time (Gagliardone et al. 2015).

At the same time, new technologies can be constitutive of new social dynamics, but also reproduce older structures and conditions. That is, power, contestation, inequality, and hierarchies inscribe digital spaces, in complex imbrications of technology and society (Sassen, 2002). This means that the embeddedness of the web is also gendered, however, with a great variability by place, age, class, race, nationality, issue-orientation. So as argued recently for instance by Harmer and Lumsden (2019), the internet in itself cannot be analysed as a neutral space. This means that in our contemporary world, online interactions are influenced by the very structure and algorithms of the digital spaces, whilst at the same time, hate discourses are amplified by some of the specific affordances of the participatory web (KhosraviNik and Esposito, 2018).

The absence of gender from most institutional definitions of hate speech highlights the institutional unwillingness to acknowledge gender as a social factor that, per se, can trigger hate (Titley, 2012; KhosraviNik and Esposito, 2018). There are several factors that may contribute to this: on the one hand, the assumption that gender equality has already been achieved may account for the reluctance to define sexist speech as hate speech (Lillian, 2007). Further, while hate speech targets “members of vulnerable minorities” (Waldron, 2012: 5) the same cannot be argued for the whole group of women (Lillian, 2007). However, as Khosravinik and Esposito argue, these assumptions fail to account for the many ways in which women are targeted by violent speech within what can be regarded as one of the “most complex and pervasive system[s] of oppression” (Lazar, 2007: 143).

Despite the definition of “gender violence” in the Spanish legal framework as violence within a (heteronormative) couple or ex-couple, this project adheres to a broader definition of this concept, following the Istanbul Convention, which defines gender-based violence as “all violence against a woman because she is a woman or that affects women disproportionately”. Any online form of gendered violence replicates and extends the gendered power relations that pre-date digital communications technologies (KhosraviNik and Esposito, 2018). As Lewis (2016) observes, the conceptualisation of online abuse as distinct from real-world contexts is problematic, as a technologically deterministic approach views aggressive communications as resulting mainly from the technology used, and its affordances. Rather, it needs to be conceived as part of the continuum of sexual violence (as coined by Liz Kelly, 1987), referring to the various forms of abuse, coercion and force that men use to control women. From this perspective, sexual violence, whether in the shape of gender-based hate speech or a physical transgression is understood as both a manifestation and tool of gendered power relations. As highlighted by Stanko (1985), this continuum of violations results in women being ‘continually on guard’ in relation to the possible threat of (male) violence. Within this project we would add to this perspective the experiences of LGBT persons and especially trans women.

COME-ON seeks to examine, from different perspectives, how gender interacts with other categories that create inequalities in online hate speech. It aims to obtain a deeper understanding of the underlying mechanisms of gender-based hate speech, as well as the experiences of being targeted by this type of discourse, and the possible consequences of this phenomenon for the diversity of voices participating in public debate.

Map and analyse the legal instruments and jurisprudence in Spain.

Unravel how gender intersects with other categories in online hate speech, with a focus on sexual orientation, gender identity and racialisation.

Explore the lived experiences of being a target of online gender-based hate speech, in terms of consequences for the lives of the targets; contestations and responses; and whether the intersection of different discrimination grounds in the hate speech influences this.

Elucidate, based on the results obtained from the legal and social research, whether the current legislation on hate speech is effective to tackle the problem of gender-based online hate speech and facilitate the restoration of victims.

Develop guidelines for prosecutors and police aimed at increasing the understanding on the one hand of legal instruments, and on the other hand, on victims’ needs and reasons for underreporting.

Build a multidisciplinary, multimethod and multilevel network of research and actions related to online hate speech ensuring a broad academic uptake of the findings and the raising of awareness among different audiences, including scholars, policymakers, targets and victims as well as further stakeholders.

This project adopts a mixed methodology, including legal studies, quantitative elements and ethnographic research. The methodology proposed is grounded on the expertise in hate speech, hate crimes, gender-based violence and LGBT-phobia within the interdisciplinary team, which includes scholars from social anthropology, sociology, social work, health studies and law.

An intersectional approach is crucial to this project and highlights how gender interacts with other factors such as such as racialisation, sexual orientation or class. To apply an intersectional analysis implies visualising the relationships of power, privilege and oppression with another type of filter than a monocular vision, as it views gender as empirically inseparable from other factors.

Without examination of targets’ lived experiences we cannot explore how these experiences intersect with other aspects of life and identity or analyse how such experiences are incorporated — or not — into daily activities and political engagement, online and offline. When an intersectional approximation is applied, this is often based on actually listening to victims of discriminations, and considering their experiences. 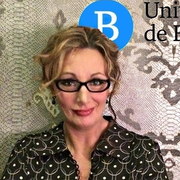 Olga Jubany is Doctor by the London School of Economics and Political Science, currently Associate Professor, Serra Hunter Fellow at the Social Anthropology Department, and she is accredited as Full Professor by the AQU. She is Director of the European Social Research Unit, and coordinator of the research Group on Gender, Identity and Diversity (GENI) at the Universitat de Barcelona. She is a social anthropologist, author of several investigations and publications in the fields of identity, social exclusion and social control from the ethnographic tradition of anthropology. Adopting the intersectional approach, her work engages in topics of gender, racism, migration, with particular focus on comparative multi-sited research within the European framework. She’s currently conducting research on the specific areas of online hate speech, LGBT-phobia, asylum processes, and victims’ support systems. 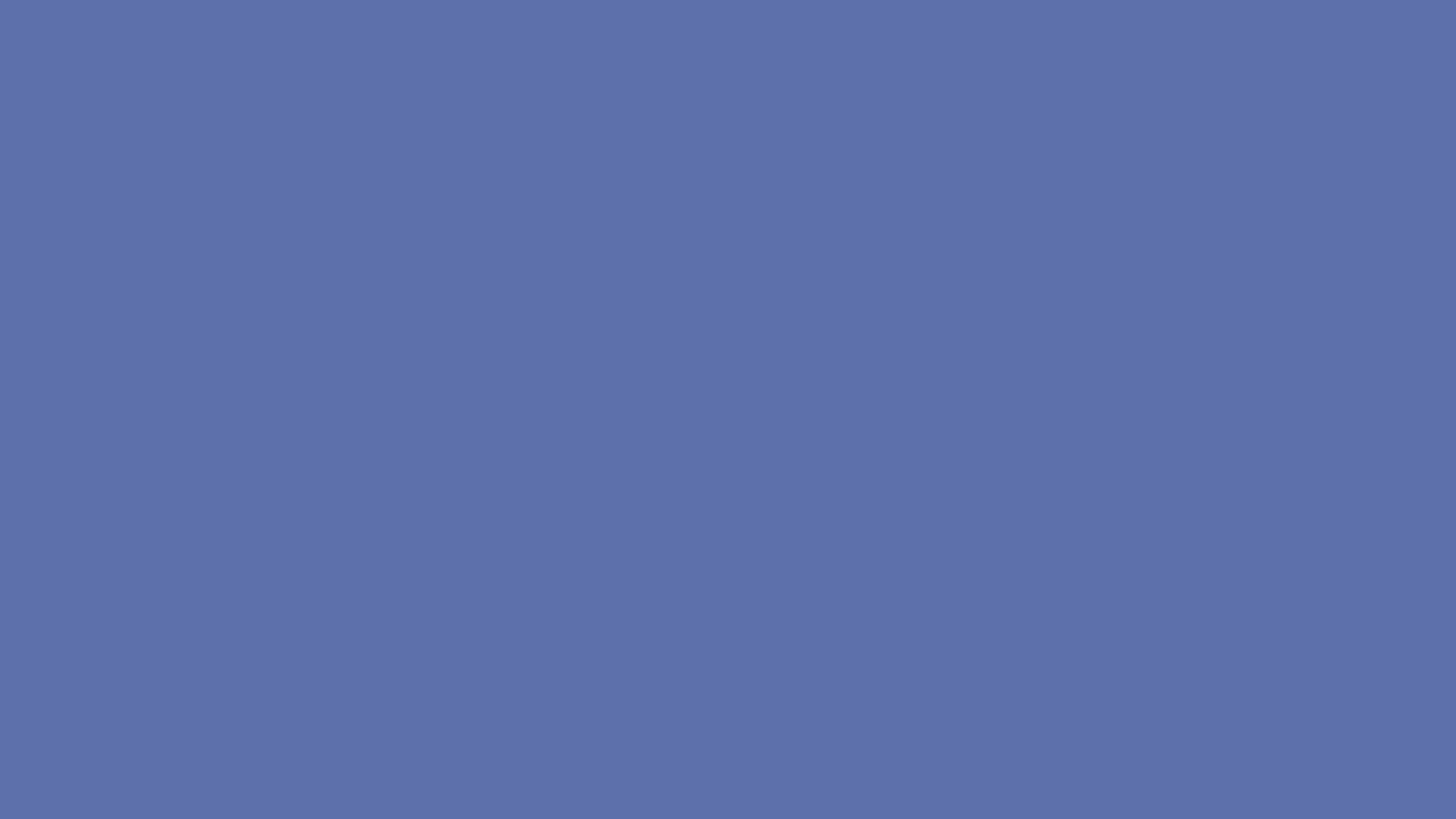 Assumpta Rigol, is a nurse specialising in Mental Health and Doctor in Social and Cultural Anthropology. She works on mental health issues from a gender perspective and in relation to violence. 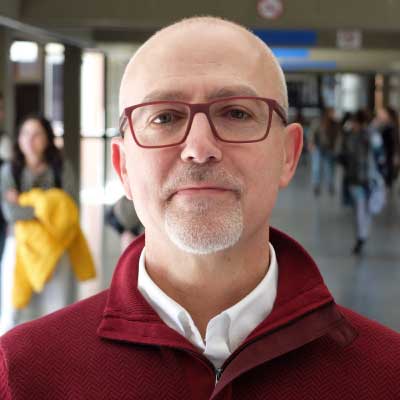 Oscar Guasch is a historian and anthropologist. He is a professor at the UB Department of Sociology and is interested in male identities, the history of heterosexuality and homophobia. He also investigates gay subcultures and identities. 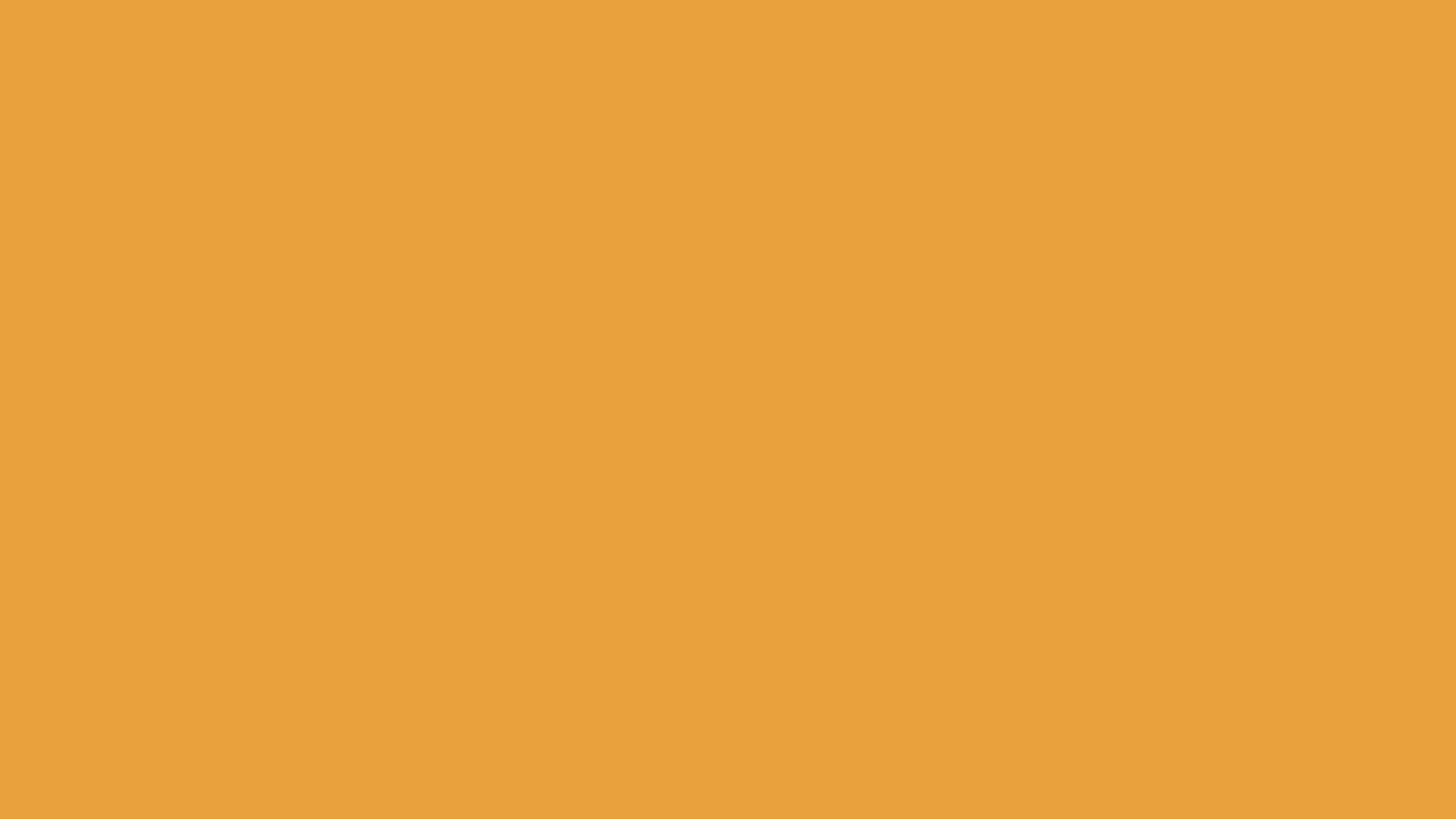 Dolors Rodríguez-Martín is a nurse and a Doctor in Social and Cultural Anthropology. She teaches Anthropology of Health in the degrees of Nursing and Medicine. She researches different aspects of gender violence 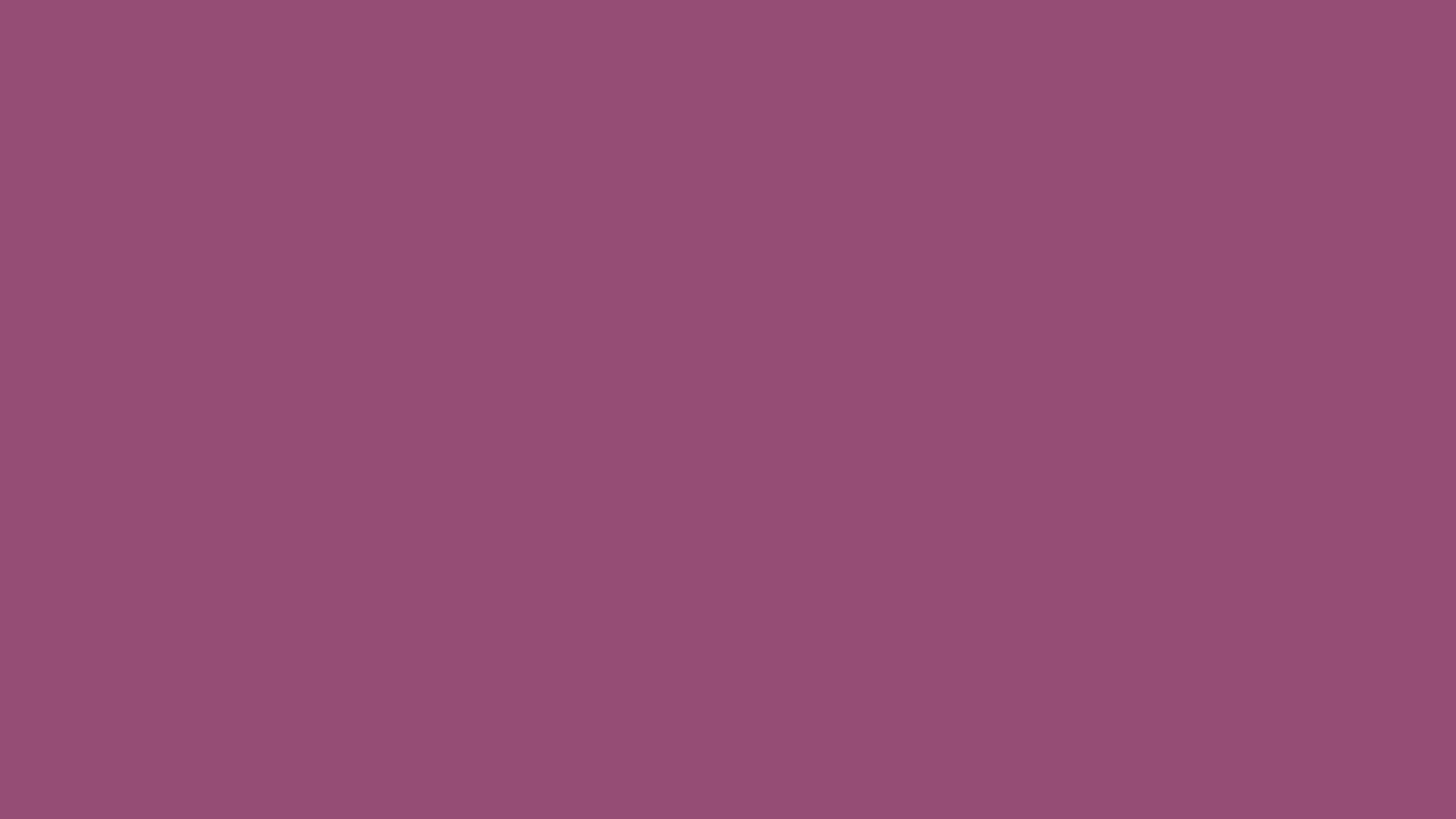 Jose Antonio Langarita is Doctor in Social Anthropology and professor at the University of Girona. His research interests focus on sexual diversity and gender. He has worked on issues such as public space and violence against LGBTI people from an anthropological perspective.